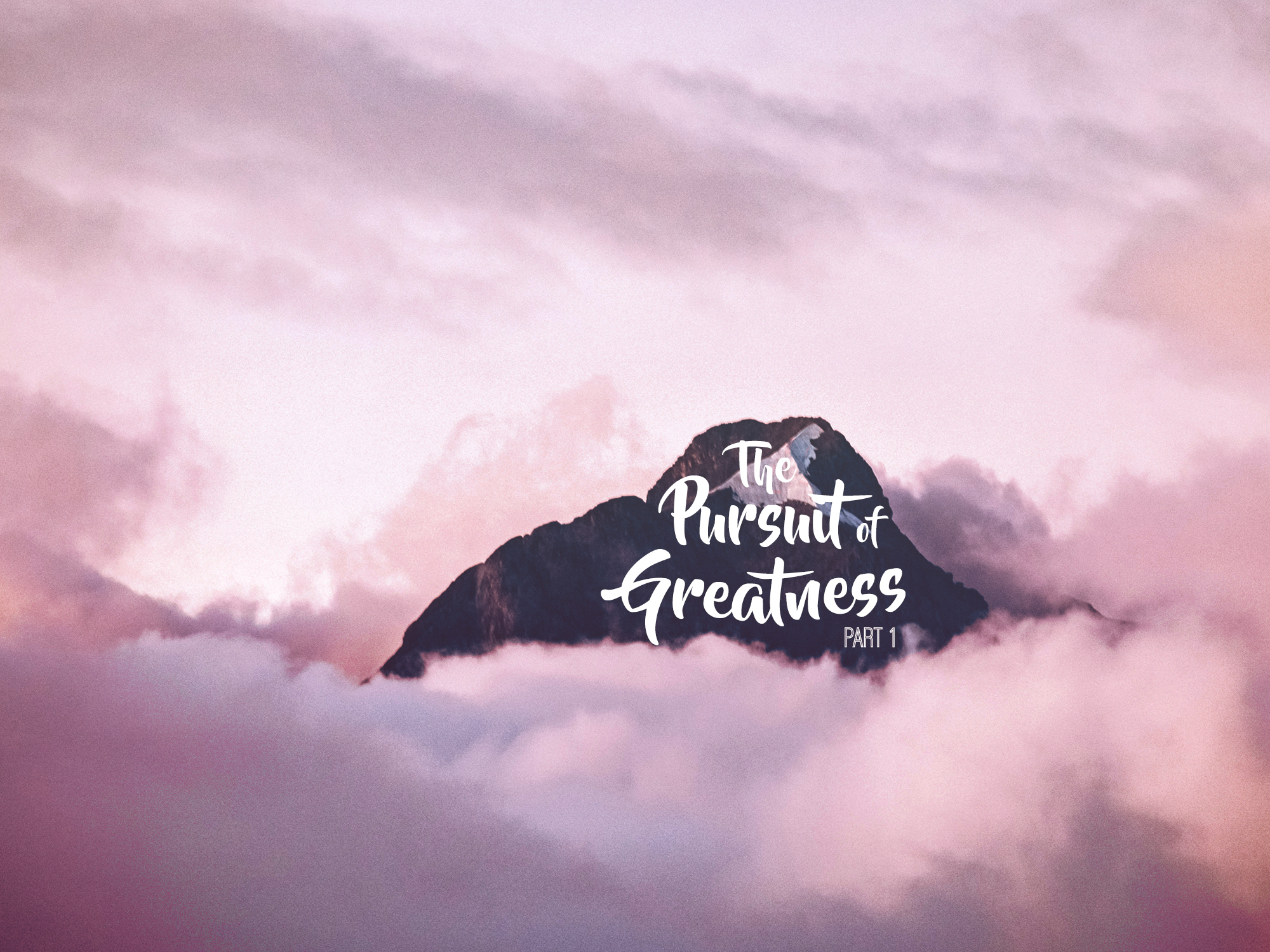 From Babel to Genghis Khan to B.B. King, we’ve seen the rise and perhaps also the demise of many so-called giants of their era. Men and women who have led countries into supremacy, pioneered movements, established standards of artistic genius: these are considered the elite whose names are recorded among others in history. These have also helped to shape

the modern understanding of greatness:

to be marked by high achievement, scholarship, skill, merit, or class.

Merriam-Webster defines eminence, a synonym, as “standing above others in rank, importance, or achievement.” In acknowledging the kind of names exalted in our history books (or who’s trending the most on Twitter) we can infer that

the societal definition of greatness is one that implicitly attributes the most worth to the person who stands the tallest among his peers.

Essentially, if you bring the competition, you’re an asset. Although most of us have never made it our aim to have ourselves printed on the cover of TIME, often, a misinformed belief about greatness leads us into the danger of knowing only its counterfeit.

And when the counterfeit becomes the standard we accept, our sense of personal significance and the value of the individual rests on shaky ground.

Ambition characterizes the pursuit of the counterfeit. The procurement of greatness has been the object of creation’s ageless pursuit to fulfill an innate need for identity or a need to be known, to

What better way to become someone than by entering the competition and devoting countless hours and sleepless nights to move up the ranks to achieve what history defines as the apex of significance?

Surely, with enough skill and measured effort, one would excel and reach that desired end– to have won the affection of a crowd (whether friends in Christian circles or strangers); to be the crème de la crème, A-list material; to be called deserving and good. But in having finally arrived at that end and drinking the cup in full, the result is tragic.

The tonic believed to cure insignificance actually corrupts, and the destination of ambition is discovered to be a house of mirrors, where the only company is oneself and the witnessed glory is a distorted one at that. The attitude echoes in Henley’s words of his poem,“Invictus,” meaning “unconquered”:

“I am the master of my fate,
I am the captain of my soul.”

In claiming the reigns to one’s destiny, one subsequently engages in the dangerous business of building a personal kingdom. In its unchecked and most potent form, ambition leads one down the dark path travelled by the devil himself to the desired end that one might supersede even God.

The matter at hand has been driven close to home several times in my life through people who have providentially crossed my path.

I recently began working at the hospital near my home. Around the time my training began, I became aware of a prayer group that would meet at the interfaith chapel at 10:30 every morning. One day, I was held up by my work and hurried in a few minutes past the half-hour to find an older gentleman in the chapel speaking with the others in the room.

He slowly stood up to a crooked posture and guided his right hand with his left to shake mine.

As I made myself comfortable, he picked up where he had left off. Speaking slowly and deliberately, he shared:

“God, God is good. My roommate beat me up once so bad (here he pulled up his pant cuff to show us a large scar across his leg). The other leg is worse, I-I won’t show you. He beat me everywhere… broke my legs, hit me in the head with a crowbar… and I got a traumatic… brain injury. Nearly, nearly  killed me. This hospital helped patch me up, tha’s why I volunteer here…. there was a man here– he was prayin’ for me. He told me God had somethin’ to teach me. I ask-asked him what it was but he said “go home and pray ‘bout it,” So when I went home from the hospital I was prayin’ and I kept hearin’ one thing (here he cupped his good hand over his mouth)

An’ I realized I needed to forgive this guy who’d done all this to me. And my family too. We forgave ‘im.”

When he grew quiet, I asked him about what he did as a volunteer.

“I come durin’ the week and walk all over the hospital to pray with folks… I tell ‘em the gospel and share my story. I been here so long they let me. You know, I helped save four people… so, so I thank God for what happened to me. ‘Cause of this I’m able to do what I do. God is good.”

Pumping a fist in the air, he shouted, “God is good! Hallelujah! HALLELUJAH!”

Looking at me, he then asked,

“So what’s your story? Do you know Jesus?”

“Awake, O sleeper, and arise from the dead, and Christ will shine on you.” | EPHESIANS 5:14 View all posts by Come Awake