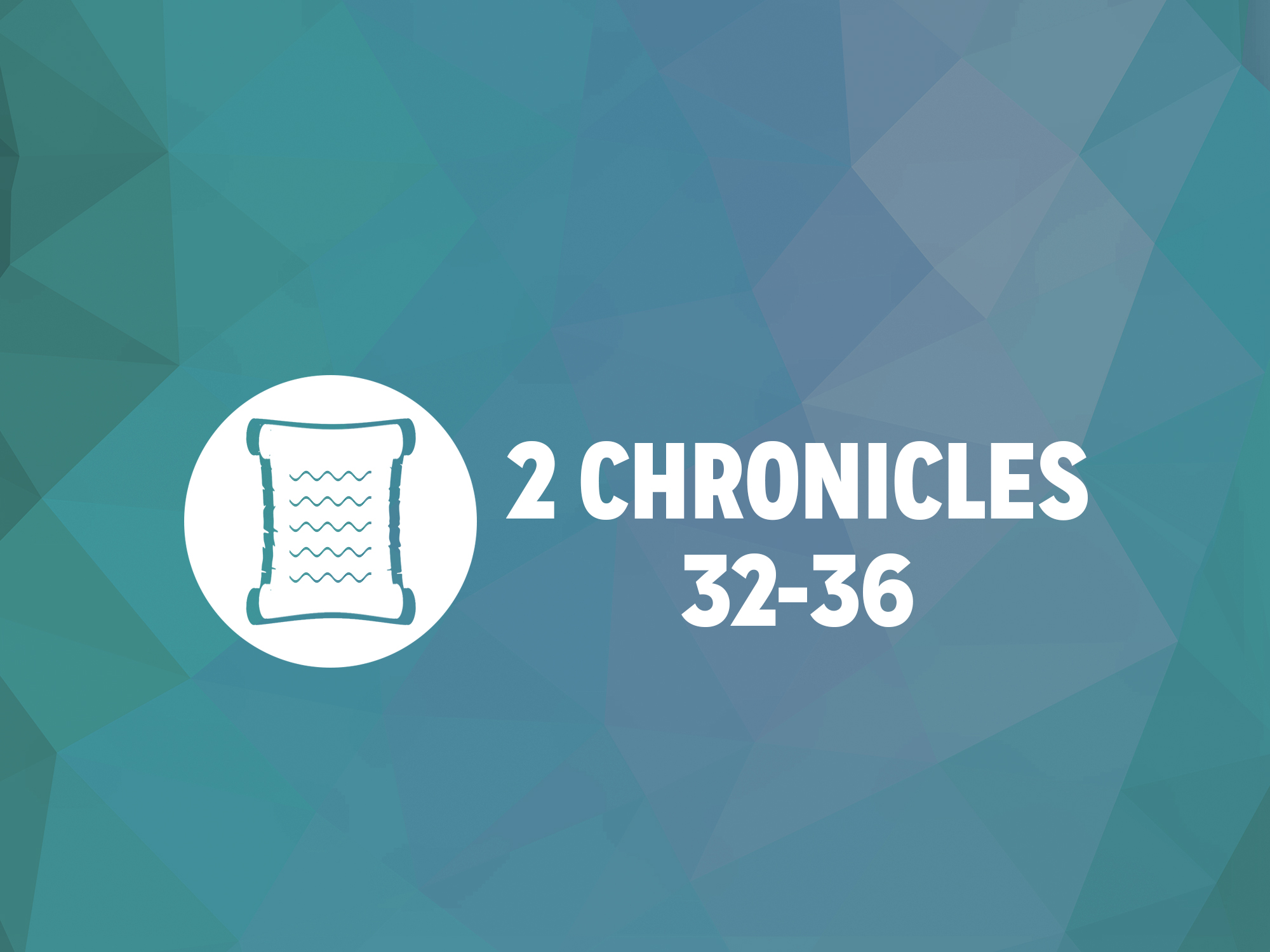 Previously in 2 Chronicles… At the start of the book, we saw Solomon established as King, and we saw him ask for wisdom from the Lord over any sort of material gain. The King then began fulfilling the prophecy of building the Temple, and once it was done, the glory of the Lord came down and filled the Holiest of Holies. So Solomon blessed the people, and he achieved much in his lifetime. Unfortunately the throne was taken from his son, Rehoboam, and given to Jeroboam. The line of David was left to rule over only the tribe of Judah. After the death of Rehoboam, his son Abijah reigned in his place. We see Abijah, then Asa, and then Jehoshaphat turn towards the Lord in many ways, and the Lord empowers them conquer their enemies. Jehoshaphat, in particular, did much during his time to serve the Lord and abolish many idols that had risen prior to the division of Israel. After Jehoshaphats death, his son Jehoram reigned and did much evil, and his son, Ahaziah, continued that evil. Fortunately there is a glimmer of hope in the young Joash who took the throne at only 7 years of age. He was led wisely by the priest Jehoiada, but Joash took a turn for the worse at Jehoiadas death. He was succeeded and avenged by his son, Amaziah, after his murder, but Amaziah led Judah astray as well and was put to death. Many strong kings such as Jotham and Hezekiah followed soon after Amaziah’s reign, and most notably Hezekiah did much to rebuild the temple and re-establish the law. He immediately began a good work the moment he started his reign in Judah.

BEFORE READING MORE – It would be ideal if you read the chapters to be discussed prior to looking through the outline! This week we are covering 2 Chronicles 32– 36.

2 CHRONICLES – After the death of David, 2 Chronicles begins with the powerful reign of his son, Solomon. 2 Chronicles essentially follows the history of 1 Kings and 2 Kings with a focus on the nation of Judah, which split from Israel after Solomon’s reign. This focus was no doubt because of King David who’s throne was to be established forever in Christ, the Lion of Judah. For all his wisdom, Solomon clearly experienced all the vanity of the world and was eventually swayed by other gods during his lifetime. Because of his unfaithfulness, Israel was stripped from the house of David and given to Jeroboam, but the Lord allowed David’s line to rule separately over the tribe of Judah because of His promise to David and because of David’s faithfulness. Unfortunately, as we know, the tribe of Judah, much like the rest of Israel, had many ups and downs and slowly declined to the point of falling into captivity under the Babylonian empire, rounding out the book.