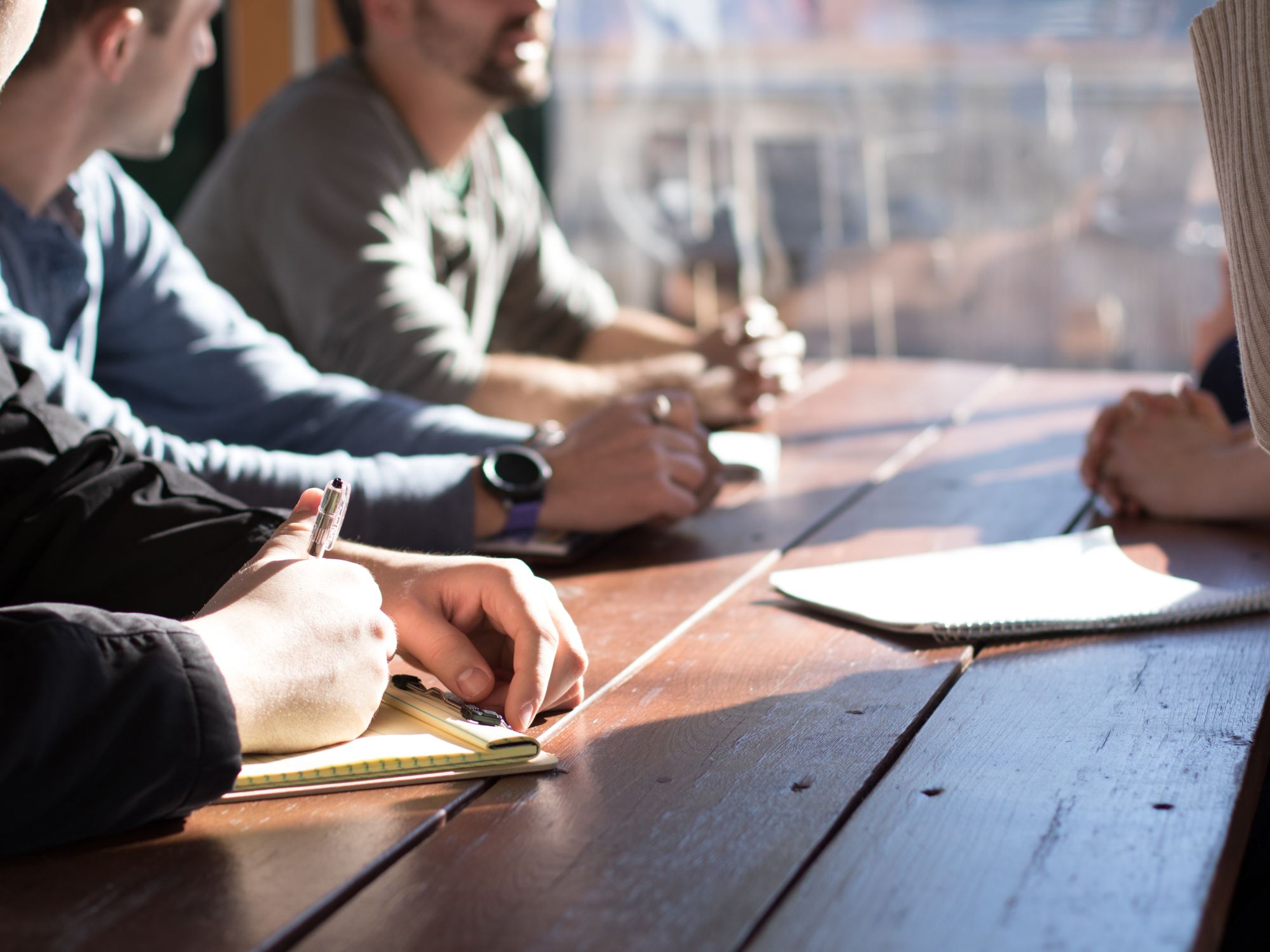 I’ve been in my career for about ten years now. As much as I would like to think people are always kind, caring, and compassionate to others, that is often not the attitude people have in the workplace. There is usually a lot of negativity, backstabbing, blaming others, and talking behind others’ backs.

It is such a harsh environment,
sometimes you wonder how long
you can survive—how long before
you need to find a new job,
a new team, or a new boss.

In one role I had early in my career, I had a boss who was extremely negative. He would never have anything positive to say about anyone on his team. He would talk about the mangers that reported to him, the staff that reported to them, and (I could only assume) the bad things about me when I wasn’t there.

I remember wondering, “If this person doesn’t
have anything positive to say about anyone
on his team, then why did he hire them?“

Sure, people have flaws and are not perfect, but you should give them training, opportunities to succeed, and a fair chance to prove themselves to show what they are capable of before passing them off. Nope, not this guy. For the entire time that I knew him, he never changed.

I had to think long and hard about how I was going to respond to that situation.

Do I find a new role, a new company? Join a different team?

At that point in my career, God encouraged me with some words that helped me then and continue to help me in tough moments of my career, even today:

Servants, be subject to your masters with all respect, not only to the good and gentle but also to the unjust. For this is a gracious thing, when, mindful of God, one endures sorrows while suffering unjustly. For what credit is it if, when you sin and are beaten for it, you endure? But if when you do good and suffer for it you endure, this is a gracious thing in the sight of God. For to this you have been called, because Christ also suffered for you, leaving you an example, so that you might follow in his steps. He committed no sin, neither was deceit found in his mouth. When he was reviled, he did not revile in return; when he suffered, he did not threaten, but continued entrusting himself to him who judges justly. He himself bore our sins in his body on the tree, that we might die to sin and live to righteousness. By his wounds you have been healed. | 1 Peter 2:18-24

What is Peter saying here? Does he say we should only respect those leaders who are kind and just? No, he specifically mentions: even if an individual is unjust, disrespectful, threatening, and vile, we shouldn’t respond in the same manner.

He even explains why we shouldn’t respond like that. It’s not difficult at all to treat people well when they do the same to us—that’s actually second nature for most everyone, believers and nonbelievers.

The difficult part comes when someone doesn’t treat you with kindness, care, or compassion. When a person is disrespectful, threatening, and negative toward you, your first inclination is to take matters into your own hands and get out of that situation, talk negatively about them to others, or even confront them and respond in the same way they treated you.

But Peter takes it one step further to explain why we as believers shouldn’t respond in that way—he gives the example of Christ!

Could you imagine being mocked, beaten, scourged, and put to death for something you did not do?

That is what Christ did for us!

He took on the suffering and shame that we were supposed to receive so that we could be counted righteous. He wanted to do that for us because he loved us, and that is a true example of humility! When people talk about sharing the love of Christ, that is the greatest example of love that we can reflect to others, even our horrible bosses!

For the problem I was personally facing with my manager, I never forced myself out of that situation. I stuck it through and continued to be respectful toward him so that I didn’t reflect the same characteristics he portrayed to me and the team. He ended up leaving the company and moving on to a new role.

But the craziest part of all this is that I still talk to him today. He’s definitely not my best friend, but he is a person who trusts me, knows me well, and—better yet—knows my character and my faith and why I do what I do.

It’s not because of me or who I am,
but completely and wholly
because of Christ living in me.

If it were just up to me, I would have probably said and done things to make sure he got what he deserved, but, by the grace of God, the Holy Spirit was able to work and control my words and actions to reflect Christ, even in that miserable situation.

Bondservants, obey in everything those who are your earthly masters, not by way of eye-service, as people-pleasers, but with sincerity of heart, fearing the Lord. Whatever you do, work heartily, as for the Lord and not for men, knowing that from the Lord you will receive the inheritance as your reward. You are serving the Lord Christ. For the wrongdoer will be paid back for the wrong he has done, and there is no partiality. | Colossians 3:22-25

Ben Puthukeril and his loving wife, Brittany, reside in Augusta, GA where they attend Martinez Bible Chapel and serve there as Youth Leaders. He works full-time as a witness for his Savior and part-time as the Quality Assurance & Engineering Manager for an automotive company. Ben accepted Christ as His Savior at a young age but only truly started walking and seeking after Him much later in life. He desires to encourage other young men and women, who are growing in their faith, to have a reckless abandonment to this world and follow Jesus whole heartedly. When he’s not busy ensuring the quality of vehicles, he enjoys spending his time playing basketball, building computers, playing video games, flying drones and just nerding out on technology as a whole. He and Brittany enjoy travelling in their spare time but have a greater passion for doing that thru short term missions when they get the opportunity. View all posts by Ben

One thought on “Horrible Bosses”