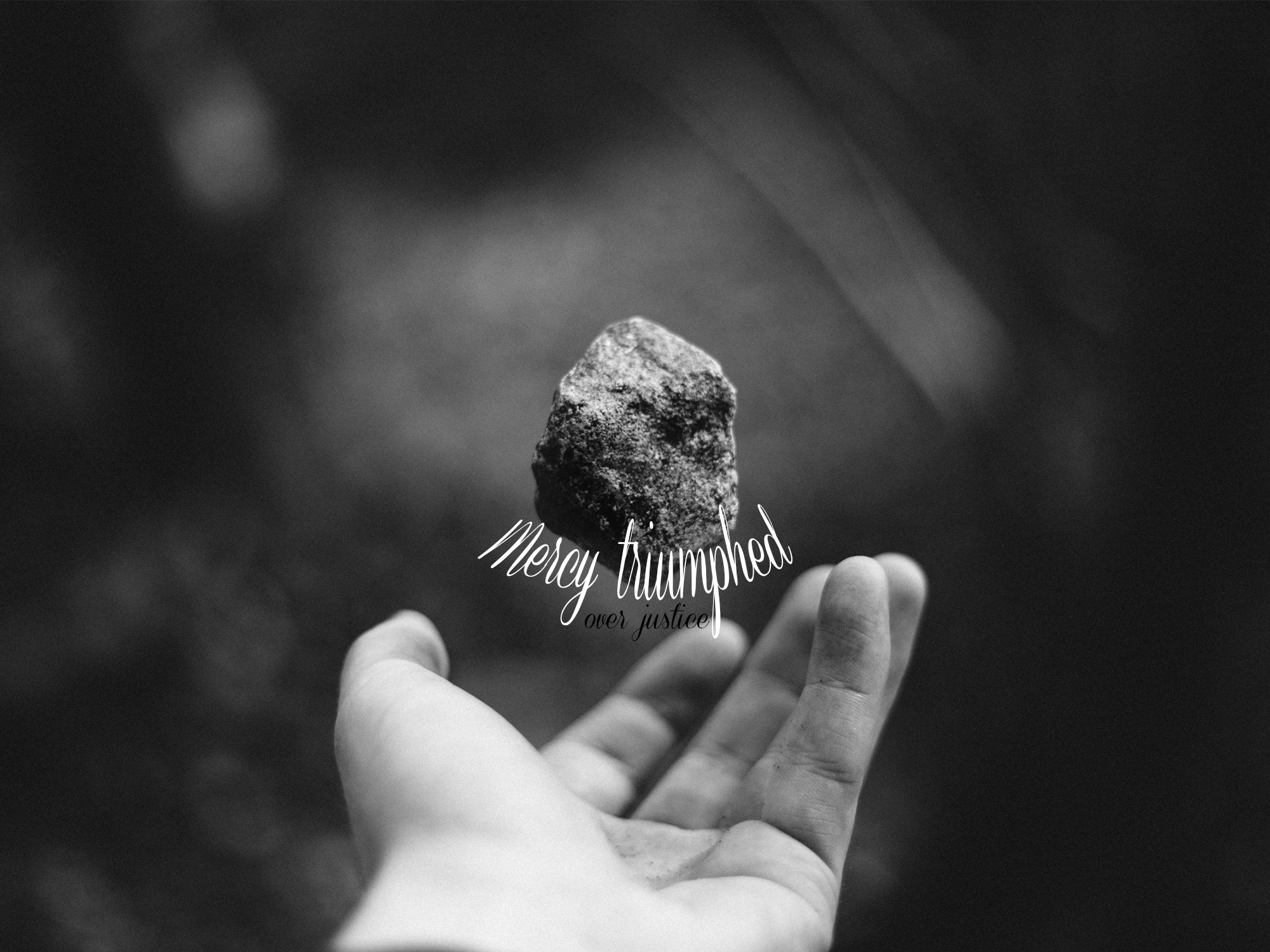 Did you know that one of the Scriptures’ most beautiful passages almost didn’t make it into the Bible?

Early in the morning [Jesus] came again to the temple. All the people came to him, and he sat down and taught them. The scribes and the Pharisees brought a woman who had been caught in adultery… | John 8:2-3

This is the beginning of John 8:2-11—the story of the woman caught in adultery. Can you imagine the shame this woman felt as the scribes and Pharisees publicly dragged her to Jesus?

…and placing her in the midst they said to him, “Teacher, this woman has been caught in the act of adultery. Now in the Law, Moses commanded us to stone such women. So what do you say?” | John 8:3-5

Clearly, she had committed a scandalous sin. But notice the next verse:

This they said to test him, that they might have some charge to bring against him. | John 8:6

In other words, the religious leaders’ real desire was not to obey the law or see justice served; all they wanted to do was trap Jesus.

So how did our Savior respond?

What a terrific response from Jesus. The religious leaders were speechless.

But when they heard it, they went away one by one, beginning with the older ones. | John 8:9

I used to think this brilliant answer from Jesus was the highlight of this story. Obviously nobody was without sin, so no one could stone her. It’s genius! Just like He responded to tricky questions about taxes and marriage, Jesus totally confounded His critics here in John 8. It was a classic gotcha moment. In those chess games of law and logic, Jesus won every time.

That person, of course, was Jesus.

But rather than punish her, Jesus showed her mercy. Mercy triumphed over justice.

…and Jesus was left alone with the woman standing before him. Jesus stood up and said to her, “Woman, where are they? Has no one condemned you?” She said, “No one, Lord.” And Jesus said, “Neither do I condemn you; go, and from now on sin no more.” | John 8:9-11

Isn’t that beautiful? When this woman was dragged to Jesus, she was full of guilt, full of shame, full of fear. When she left, she was fully forgiven, fully freed.

Can we not relate?

Our sins deserve condemnation. Then we encounter Jesus. And we are forgiven.

There is therefore now no condemnation for those who are in Christ Jesus. | Romans 8:1

As I mentioned, some people don’t believe this passage belongs in the Bible because its validity is disputed. A few of the oldest biblical manuscripts don’t include it, and so many scholars doubt that John wrote it. That’s why your Bible may place those verses within brackets or include a disclaimer in the footnotes.

But I’m so grateful this passage is in the Bible, aren’t you? After all, are we not all like this adulterous woman? Helplessly caught in our sins? Guilty as charged?

Yet we can have confidence in the loving, merciful character of our Savior, as shown in this beautiful story. He is not angrily waiting for you with a pile of stones; He is ready to welcome you into His presence with wide open arms.

Now to him who is able to keep you from stumbling and to present you blameless before the presence of his glory with great joy, to the only God, our Savior, through Jesus Christ our Lord, be glory, majesty, dominion, and authority, before all time and now and forever. Amen. | Jude 24-25

2 thoughts on “Guilty As Charged”