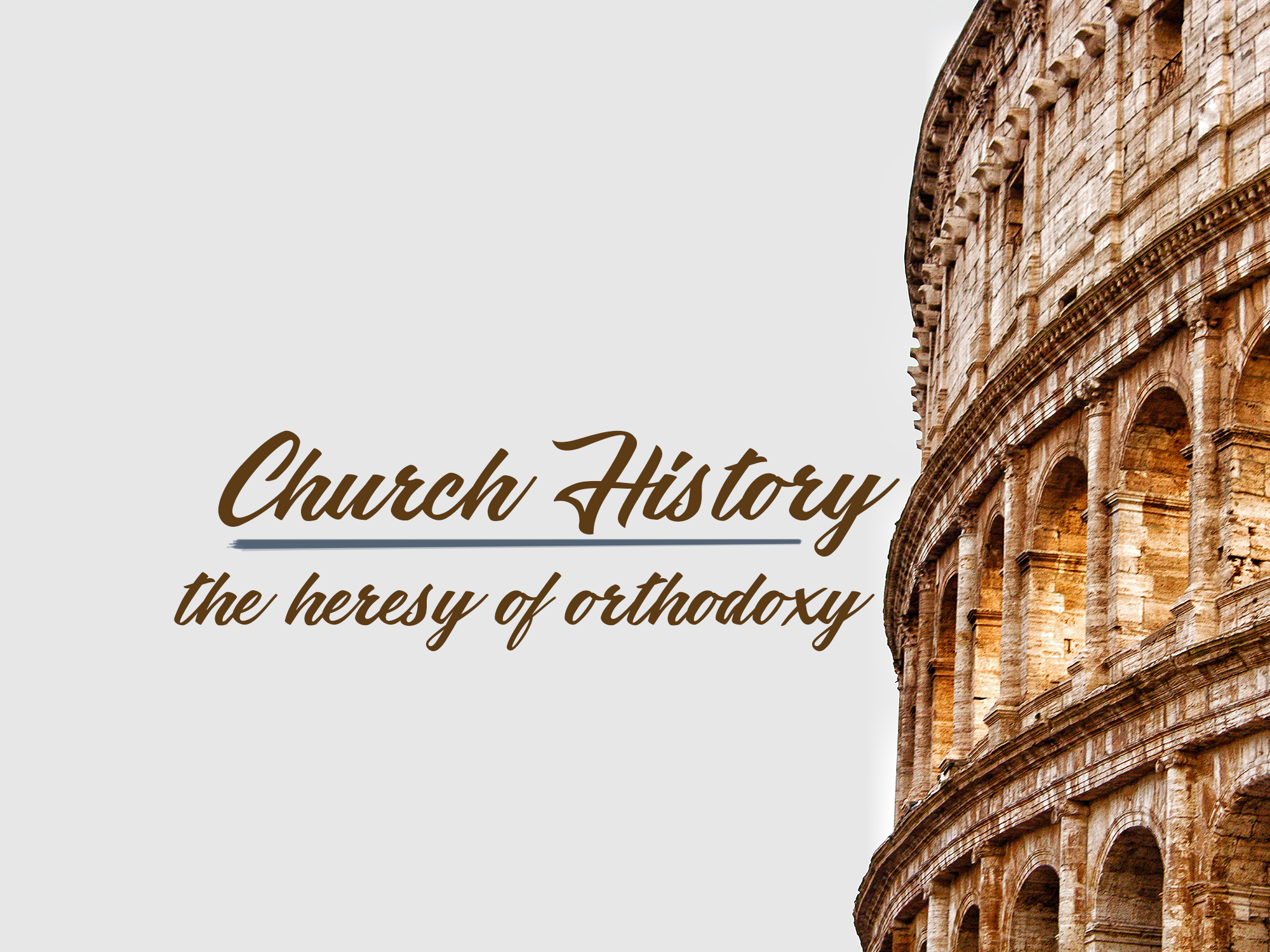 The early church was not the idyllic community that one would expect from a movement commissioned by God incarnate. Anyone who has read the epistles of the New Testament is familiar with the theological conflict and heresy that sprung up in the first century. Galatians is primarily written by Paul as a response to the Judaizer movement, who hindered the gospel by superimposing Jewish law on Christian practice. It was in the first couple of centuries, as a response to deviant theology, that the Christians needed to delineate heresy from orthodoxy.

Orthodoxy, or “straight teaching,”
is the term given to correct theology.

However, theology, being the subjective philosophy that it is, can be difficult to label as “correct” or “incorrect.” The early church had little in terms of guidance. They didn’t have 2,000 years of church history, the communication tools we have today, or even all (or any) of the New Testament. All they had was the gospel verbally delivered to them by the Apostles and the Holy Spirit, and the resulting theological conflicts proved challenging.

Gnosticism was a body of ideas centered around gnosis, or some kind of special spiritual knowledge. One main thread in Gnosticism was the idea that the material world was evil. In general, the Gnostics generally had the same beliefs as many Christians (such as salvation and a supreme deity), but they sought to remove what they thought of as “materialism” from Christianity. Some key disagreements with orthodox Christianity emerged from this movement:

A popular example of Gnostic literature is The Gospel of Thomas, which was most likely written in the mid-second century. Thomas is a sayings gospel, where instead of having the genre of historical narrative like the Biblical gospels, the teaching of Christ is presented as a long series of proverbs. The Christ of Thomas is portrayed as a lesser deity than the supreme being and rejects the Jewish context and Torah that the Christ of the canonical gospels accepts. The Gnostic Jesus has many conflicting interpretations, but his most notable feature is that his humanity was a mere illusion (a concept known as Docetism).

If the Gnostics had taken over Christianity, the Jesus movement would have lost its connection to Judaism and would now be considered a spiritual philosophy such as Buddhism or other Eastern religions. Christian leadership would have shifted power toward the most philosophical adherents. The New Testament would not have been canonized, replaced instead with vague proverbs and empty philosophy.

Thankfully, the Gnostic movement was quenched by the teachings of the church fathers, the creeds of the early church, and the four canonical gospels, which provided an accurate picture of Jesus Christ.

Marcion was an influential teacher in the early church (early second century) who taught that the God of the Old Testament and the God of the New Testament were separate deities and that Yahweh was a false deity, while the Father of Christ was legitimate. Marcion renounced the Hebrew scriptures and formulated his own version of the New Testament. He thought that the teachings of Jesus were incompatible with Judaism and that Yahweh’s character as portrayed by the Torah was reprehensible.

Eventually, Marcion thought of Yahweh the Creator as a lower deity than the transcendent Heavenly Father of Christ. He formulated a theological system based around these concepts that appealed to many but nevertheless was condemned by the leaders of the Church. Marcion was excommunicated and his teaching was labeled as heresy. Despite his false teaching, Marcion was the first to attempt to canonize the New Testament, and it was in response to his theology that orthodox Christians began to write their own canons.

Marcion’s legacy continues; many today reject Christianity on account of the perceived negative character of Yahweh in the Old Testament, and some Christians attempt to resurrect Marcionite theology to explain this apparent discrepancy. For a more detailed discussion on the tension and harmonization of the Old and New Testament portrayals of God, see here and here.

Orthodoxy had no way to develop without the uprising of heretical movements that challenged the foundational truths of the gospel, creating a counter-intuitive synergy that continues in theological discussions today. According to Bruce Shelley, “theology is using our own language and our own way of thinking to explain God’s truth.” 1 Corinthians 15:3-4 and Ephesians 4:4-6 are examples of early creeds the early church developed to communicate the core of the gospel in response to varieties of teaching in Christendom, and they continue today to be a bedrock of guidance to faithful Christians.

Note: the title of this post was stolen from a book by Andreas Kostenberger and Michael Kruger

Joel Sam is a Mechanical Engineer at Lynntech in College Station, TX. Aside from developing new technology, he enjoys ultimate frisbee, mentoring college students, playing the drums for The Lonely Wheel, studying philosophy and theology, and improving his skills in photography and graphic design. View all posts by Joel