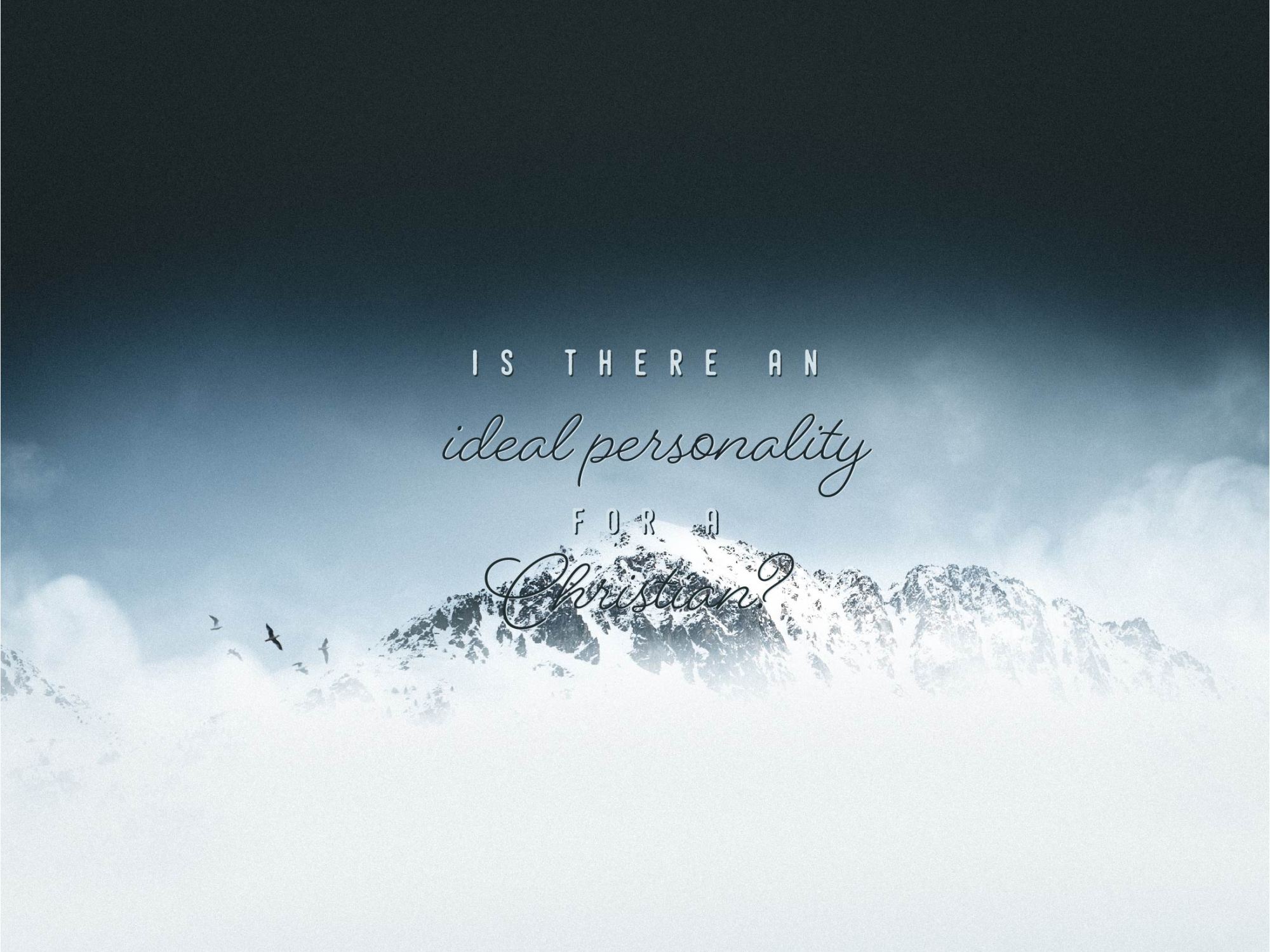 In my case, I was SUPER shy as a kid. I was always hesitant to speak up in front of strangers, and my fear of rejection always held me back from approaching others, especially in a large crowd. I was your classic introvert. However, fast forward to my college years, and you would never recognize me as the previous person. I made friends everywhere I went, whether it was on the bus, in my clinical rotations, or at Starbucks. I even became more comfortable speaking in front of larger gatherings.

After I got married and started to work full time, I went through another change! At work, I had to be such a people person with my doctors, nursing staff, consultants, nursing staff, and patients the whole time, but outside of work I was starting to keep more to myself and became more introspective. Which led me to wonder…

Is there an ideal personality for a Christian?

Let’s go straight to the source, which is the Bible. Specifically look at this passage in Matthew 14, where Jesus was informed by John the Baptist’s disciples that John had been beheaded:

Now when Jesus heard this, He withdrew from there in a boat to a desolate place by Himself. But when the crowds heard it, they followed Him on foot from the towns. When He went ashore He saw a great crowd, and He had compassion on them and healed their sick. | Matthew 14:13-14

There are two main things I want you all to take note of. First, when Jesus first heard the news, He literally got on a boat and went somewhere secluded to be by himself. Now it doesn’t explain why He went off by Himself. Was it to mourn the loss of John? Was it to vent His righteous anger over the loss of an innocent life? Was He struggling because He knew His death was imminent? I know it’s all speculation. However, if you look at all of the other times that Jesus went off to be alone,

it was almost always
to pray to the Father.

Now, let’s focus on the second part. As soon as Jesus saw that all of these people actually followed Him on foot to the desolate place, He felt compassion for all of them and went into this large crowd to heal the sick. He could have easily took one look and turned around, but He didn’t do that. Instead, He plunged into the throng of thousands, not only to heal them, but also to later feed them miraculously with just five loaves of bread and two fishes. After all of that “people time,” look at what Jesus did:

Immediately He made the disciples get into the boat and go before Him to the other side, while He dismissed the crowds. And after He had dismissed the crowds, He went up on the mountain by Himself to pray. When evening came, He was there alone. | Matthew 14:22-23

He ended His day the same way He most likely started: He went off alone to pray.

Yes, Jesus did not hesitate to be with the people from various backgrounds and social standings on a daily basis, but I think it’s important to note that He took valuable time to step away to be alone with God. He knew how to balance both priorities.

Personally, I think it’s so easy for us to go into one extreme of being secluded, or go to the other end of the spectrum of being the life of the party in any group. What we need to do is do exactly what Jesus did—focus on God’s image bearers who need to be ministered to, but also take time to tend to your relationship with God—which WILL help with every other aspect of you life.

Sheba is a Dallas native that wears many hats including Physician Assistant in the inpatient oncology department, “wifey” to her husband, mommy to the sweetest lil baby, but most importantly disciple of Christ. Her idea of a fun time includes trying out different foods (especially desserts), listening to music (live concerts is a big bonus!), traveling with her husband, and unwinding with her loved ones (Netflix may be involved). When she has some extra time to squeeze in, she enjoys singing with family, painting/drawing impressionistic works, writing on the blog, and reading fiction. View all posts by Sheba