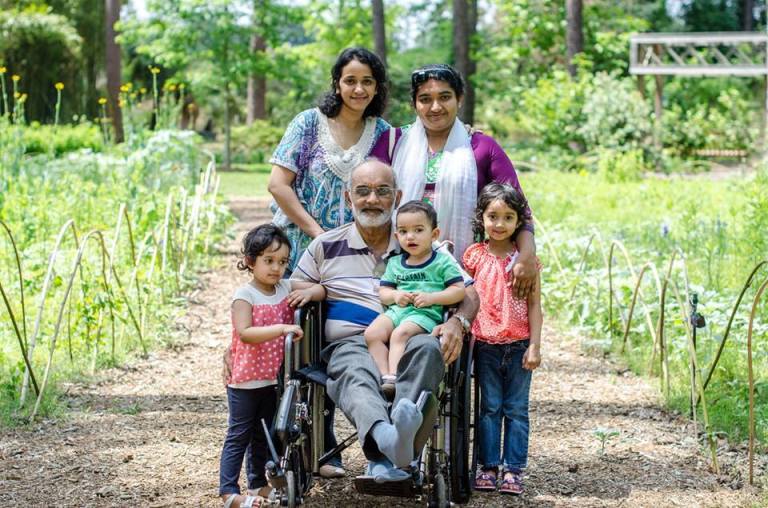 For more information on Mathew Paul & his ministry, visit: http://mathewpaul.org

Way back in 1967 when I was in Bible college, I happened to read a pamphlet which talked about the need of Bible translation in India among lesser known languages. I was surprised to learn that India has more than 1500 languages and the majority of them are small tribal languages which are spoken by people who live in remote parts of the country untouched by modern civilization. Among these, around 400 languages are considered major languages because the number of speakers are considerable in size. Among these major languages only about 150 have some portion of Scripture. Others are unwritten languages and there is not even one verse of Scripture in them.

I took it as a challenge to pray for this need. During my practical work in between studies, I was in Manipur for a year as a school teacher. There I saw Christians who did not have the Bible in their own language. And the burden for the work increased all the more in me. As I waited upon the Lord for my future through Micah 6:1, the Lord clearly called me to work among the tribals who inhabit hill areas of our nation. I decided I would get involved in this as my ministry for the Lord.

But I needed further training and I joined for my PG course where I began to focus on Biblical languages. I got in touch with the Bible Society of India. They said they were looking for someone with a Masters Degree in Hebrew in their translation wing and I decided to do that course by the grace of God, even though I had no sponsors. I completed my Degree and contacted the BSI again but they had no project for lesser known tribal languages for which I felt called of God.

During this time, friends from the Summer Institute of Linguistics in UK were in India trying to see the possibilities of focusing on such languages in which the Bible was in need. I got in touch with them and found they were trying to run a course in India with a University affiliation to train people for the task. However, no University came forward for the same. So they decided to take a dozen people from India and train them and bring them back to India to do the work as well as train other Indians for the same. I was selected with my wife along with others and we went to UK to do two summer courses together as a pack which equipped us to write down unwritten languages and translate the Scripture in to the new languages.

We came back to India in 1979 and I went to do pioneer work among a jungle tribe in the Nilgiris in S. India. I learned their unwritten language, analyzed the sound system, wrote it down, produced a basic grammar for the same and started writing down their own native stories first, and then translated gospel portions into the language. And since they did not know how to read and write, I was on a literacy project, bringing their children to my place and educating them. I became ill and I had to leave the project there. But thankfully, 20 years later, some one who learned the technique from us completed the New Testament for them! In the early 80’s, those who were trained with us back in UK were encouraged to start a similar course in India called Indian Institute for Cross Cultural Communication. We were able to train more than 300 Indians to do the work. At present, the work is going on in about 118 Indian languages. About a dozen New Testaments were published by those who were trained by IICCC in India. So even though I am not involved in that work any more, I am glad that the work is carried out by hundreds who were trained by us. Praise be to the Lord. Now I am an online missionary sending the word to dozens every day through out the world. I also have an online Bible Study once a week for seekers in which potentially, people from any part of the world can join in. The Lord also helps me to teach part-time in Bible College and minister locally conducting seminars on prayer.

As for you, you can start praying for the need of evangelism through Bible Translation among many unreached tribals of India. If the Lord lays a burden on you, tell others of this need and prepare yourself for the mighty task of bringing the light of the gospel to a dark part of the world blinded by the evil one, thus snatching a few from eternal hell fire (Jude 23) and obeying a plain command of the Scripture!

Now that I am unable to get up from bed, I had to leave the mission field and had to be under treatment for several months in various hospitals. After about six months of treatment the leanness of my legs disappeared, my legs returned to their original shape and began to have body temperature once again. During the last 23 years, every now and then, I had to be hospitalized. On four different occasions in the past I even started walking slowly. The Lord spoke to me clearly on different occasions and I am very confident today that I will walk normally one day, for His glory. 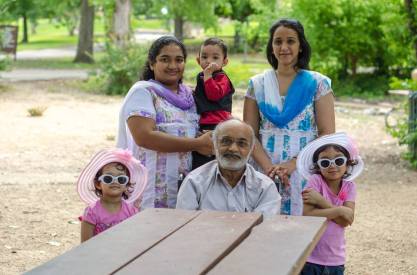 Right now I am undergoing treatment. A native physician comes home daily and performs massages on me – which will continue for 27 days or more as per the response of my body. Then there will be medications for about three or four months during the course of which I shall be found walking normally once again.

As you pray,  thank God for allowing me to be in contact with the right kind of physician who is now treating me. This is important, because otherwise, it will be a waste of time as several times in the past. Please pray that the treatment would go on unhindered and that I will be given grace to walk again normally.

As for financial needs, since it is a native physician and treatment, the cost is not too much and it is not a big burden. You can pray that the Lord would meet all the needs for His glory.

My desire to walk is based on God’s promises and my trust that God would do miracles in answers to the prayers of His saints, for His glory. The key verse of my life:

He said to them, “Because of your little faith. For truly, I say to you, if you have faith like a grain of mustard seed, you will say to this mountain, ‘Move from here to there,’ and it will move, and nothing will be impossible for you.”

You can be a part of this mighty work of God and share in the great joy of seeing me walk normally after 23 long years by praying for me. Our Lord taught us to believe that we already received what we pray for (Mark 11:24). Join me as I do exactly the same for His glory. May all glory be His and His alone. Thank you for the opportunity to share my need with you. God bless!

“Awake, O sleeper, and arise from the dead, and Christ will shine on you.” | EPHESIANS 5:14 View all posts by Come Awake